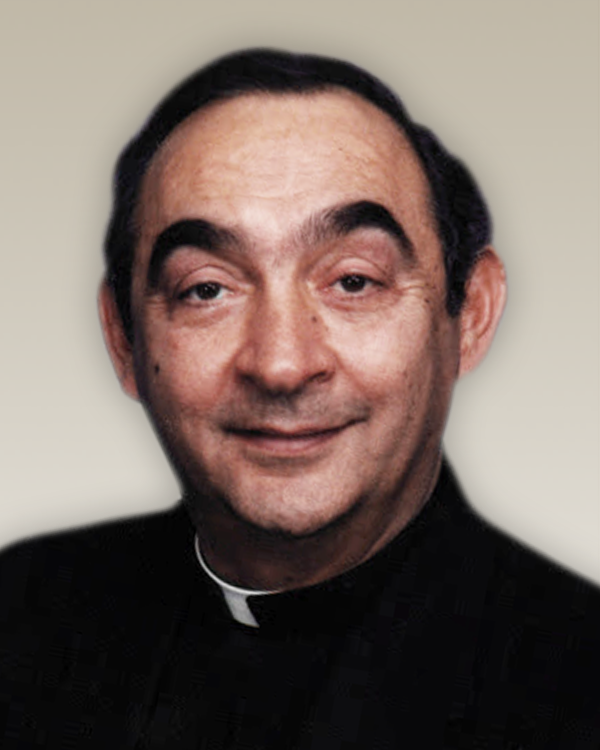 Fr. Franklin J. Mizzi, CSB, 84 years old, passed away on January 8, 2023 in Windsor, Ontario. He was a beloved son, brother, and uncle as well as a devoted priestly brother of the Congregation of St. Basil. He was also thought of as close friend to so many on both sides of the river. Fr.
Mizzi was born in Detroit on January 30, 1938, the third of four sons born to Frank and Mary Anton Mizzi. He is survived by his brothers Joseph Mizzi (Serena) and George Mizzi, his sister in law Helen Mizzi, along with many nieces and nephews. He was preceded in death by his parents, his brother John Mizzi, sisters in law Mary Ann Mizzi and Peggy Mizzi, and his niece Cecelia Harvey.

Fr. Mizzi graduated from Assumption College High School in Windsor in 1956 and was professed to the Basilian Fathers the following year. He earned his Bachelor's degree from the University of Toronto in 1962, and a Master's degree from St. Xavier College in Chicago in 1971.
He was ordained a priest on December 9, 1967 at Blessed Sacrament Cathedral in Detroit, and his first mass was celebrated the following day at Most Holy Trinity Church in Corktown.

His service as a priest followed two distinct career paths. First as an educator, he held several teaching posts in both the US and Windsor, including serving as principal of Detroit Catholic Central High School from 1974-1980. He then became the Campus Minister at Assumption University in Windsor from 1980-1986.

Franklin then resumed his education at Western Theological Seminary in Holland, MI, and received a Doctorate in Ministry in Pastoral Counseling in 1989.  He began the second part of his career by starting Pastoral Counseling Services in Windsor, offering individual, couples, and family therapy.

Fr. Franklin was a personable and engaging individual who made friends easily and became a part of many families. He left an impact on anyone who came in contact with him as a respected educator and administrator, a trusted counselor, a loyal friend, and a loving family member. He brought his unique style of grace, reverence, and humor to every service where he presided. He was always thankful for the love and support of his family, his Basilian Community, and the many close friends that have touched his life and bestowed on him so much generosity and kindness.

Online condolences may be sent to www.windsorchapel.com. Arrangements have been entrusted to the WINDSOR CHAPEL (South Chapel) 3048 Dougall Ave. (519)253-7234