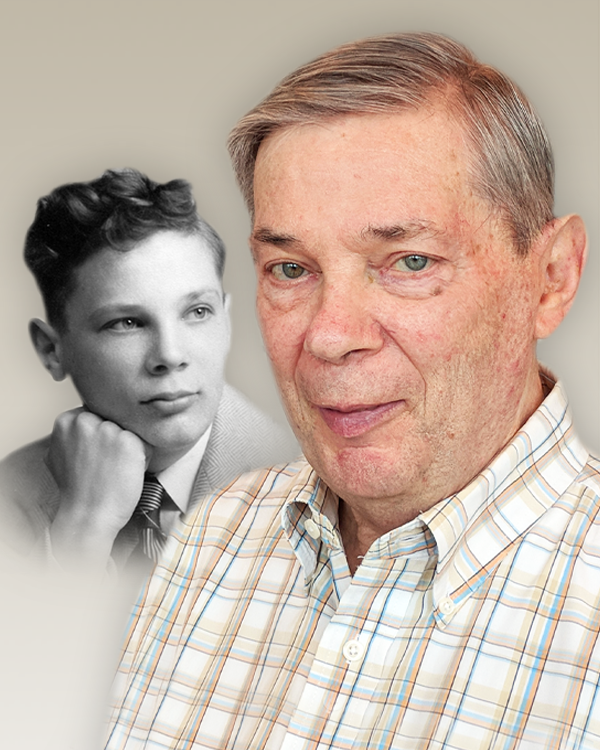 Innerd, PhD, Wilfred Lawson (6 June 1935 - 11 November 2022) Devoted husband of Jane, loving father to Jane Eleanor, Charlotte, and Andrew, doting grandad to Ahren and Aleksander, brother to Marion (late Gordon) Ellis, and cousin to Beryl (Alan) Turner, Cynthia (Jim) Norton, Sheila (late Les) Stoker and the late John (Rezan) Muir. He grew up in Billingham, UK with frequent visits to Newcastle-upon-Tyne to visit family. After his National Service in Egypt, he read for his B.A. at Durham University. He enjoyed working and being involved in theatre in NYC before going back to Durham for his Dip.Ed and M.Ed. In Durham, he met his American sweetheart and they married in 1966. Their journey led them to Pittsburgh where he earned his Ph.D. and to Wayne State University where he taught for 5 years. Then they moved across the river to Canada where he taught at the University of Windsor’s Faculty of Education from 1976 to 2005. He sat on numerous committees, including the Senate and the Board, and was Dean from 1983-1988. His list of service to the community is extensive and includes the Regional Children’s Centre, Odyssey of the Mind, and Canterbury College. He was passionate about training teachers to teach and inspire children. He thought life was about service to others and being prepared to take leadership roles. Retirement did not slow him down. He joined the Board at Windsor Regional Hospital, serving as Chair and also as a member of the site selection sub-committee for the new hospital. He was an active member of the Unitarian Universalist Church of Olinda and a life-long supporter of Newcastle United Football Club. Among his awards are the Clark Award from the University of Windsor, the Ontario Medical Association Community Service Award, and the Nancy Huneau Award from Odyssey of the Mind. His last act is the "gift of learning" to the Human Anatomy Program, University of Guelph. If you wish memorial donations may be made to a children’s charity of your choice. A celebration of life will be held at Windsor Chapel- South Chapel (3048 Dougall Ave. 519-253-7234) on November 18 from 2-5pm and 7-9pm. Online condolences and cherished memories may be shared at windsorchapel.com
Print