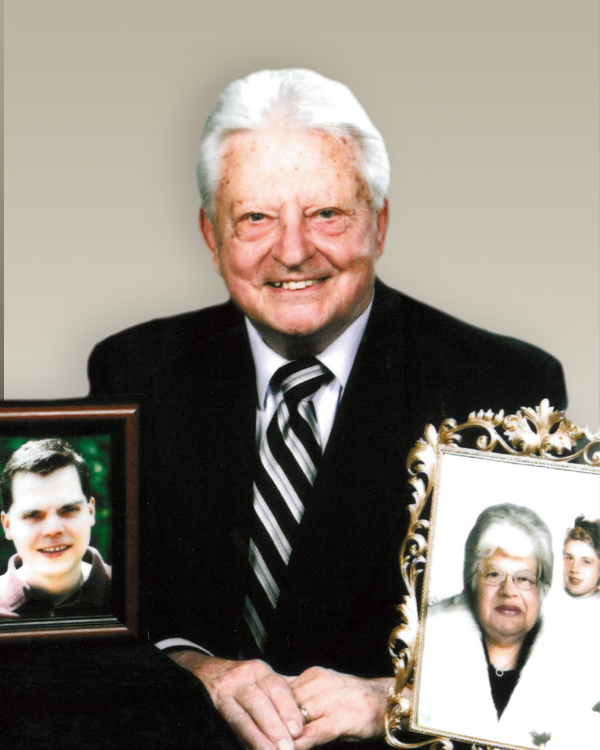 It is with great sadness that the loving children of Harry Parkolab, Greg and Ann Marie announce the passing of their father to eternal rest.  Beloved husband of the late Gail (2014).  Harry was also proud to be known as Gail's husband.  Harry's goal for the past 20 plus years has been to touch as many hearts as he could before he died.  He leaves behind his son Gregory (Lori) and his daughter Ann Marie (Guy) and Jeffrey (2000).  He was a banker for 42 years.  The first 7 years with The Provincial Bank of Canada ending as branch manager in Pembroke, Ontario. The last 35 years began with City National Bank of Detroit and ending after 3 mergers later with the merger of PNC Bank. For most of the 35 years, Harry's responsibilities were to increase the profitability of the banking holding company.  His office in Detroit was on the top floor of the 400 Tower of the Renaissance Center.  Harry loved his responsibilities and was known on occasion to spend 30 plus hours working at his desk without ever leaving for home.  He faced many adversities and challenges in life, both personal with the loss of son Jeffrey (2000), and professionally.  He always did his best to face challenges courageously with enthusiasm.  He felt strongly that God had been very good to him, from starting as a miracle birth, to meeting Gail at 10 years of age, to having a successful career despite poor grades in both grade school and high schools. He also avoided a deadly health issue, but of most importantly, having a wonderful relationship with both his wife and family. Everyone that knew Harry, knew of his deep love and affection that he had for his wife Gail. Harry always treated Gail like a queen. Harry was a wonderful and kind father, and put his family and children first. He was truly loved by his children. He will never be forgotten and was the best father you could ever ask for.  A very special thank you to his nephew and wife Mike and Bernadette Parkolab, sister-in-law Eleanor Dame, and family friend Phyllis Alosio, for all their help and caring during the last few years after Gail had passed. Visiting will be held at WINDSOR CHAPEL (Banwell Chapel) 11677 Tecumseh Rd. E. 519-253-7234 on Tuesday, June 14, 2022 from 2-4 and 7-9 p.m. Parish prayers at 7:30 p.m. Further visiting will take place at the funeral home on Wednesday, June 15, 2022 from 9:00 a.m. until procession to St. Anne’s Church for Funeral Mass at 10:30 a.m. Interment to follow at St. Anne Cemetery. In kindness donations may be made to the Canadian Cancer Society Online condolences and cherished memories may be shared with the family at www.windsorchapel.com