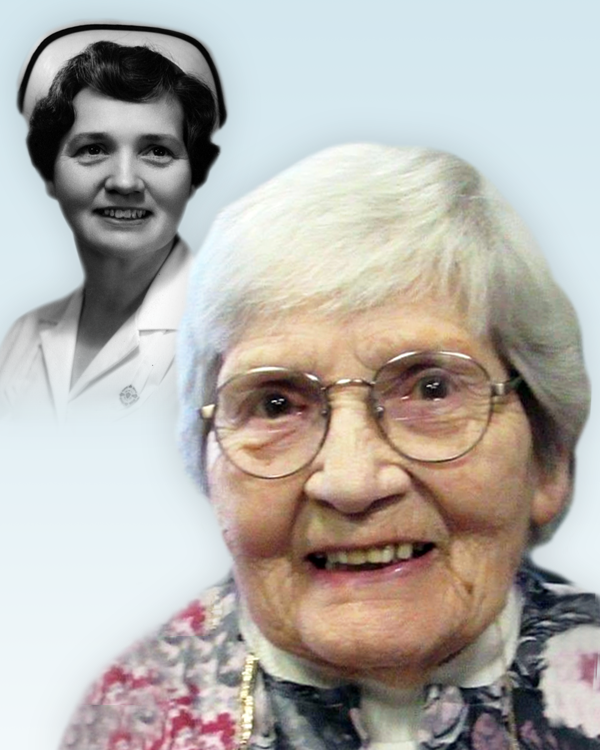 Born January 6, 1926 and died peacefully on April 4th 2022 with family by her side thinking of others as always in her last hours.

Helen was born in Ford City to Grace and Martin Palmer their 4th child and 1st daughter joined later by 3 others. Helen attended Gordon McGregor school and Walkerville Collegiate and then graduated from Grace Hospital nursing in 1947. Helen later attended London Bible Institute in 1952 with intention of becoming a missionary nurse. Helen boarded at ship to India in 1953 with Regions Beyond Missionary Union and began with nursing leprosy victims in a small village near the Nepal border. Helen worked in that area for 14 years and then worked in hospital for 5 years in Raxaul, also receiving a certificate in midwifery, before returning to Canada. Helen enjoyed travelling many different places over the years with friends and family. Helen was then employed with WECHU and also attended University of Windsor graduating with her BScN in 1976. After retiring in 1991 Helen returned to India several times to volunteer with Emmanual Hospital Association doing community nursing. Also in retirement Helen volunteered for Meals on Wheels and in the children’s program with BSF and spent time with her Turner Road Chapel church family as well as with her very extended family and friends. In 2014 Helen went into retirement living at Amica Riverside where she volunteered as a floor representative on the Residents council and also enjoyed the many activities offered there. Helen met new friends especially Kayla and was well cared for by Amicas wonderful staff.

Will be greatly missed by her many beloved nieces, nephews and friends.

Visitation at Windsor Chapel (Central Chapel) 1700 Tecumseh Rd. E. 519-253-7234 on Sunday, April 10, 2022 from 2-6pm. Visitation to continue on Monday, April 11, 2022 from 9am until time of chapel service at 10:00am. Interment to follow at Greenlawn Memorial Gardens. If so desired, donations in memory of Helen may be sent to E.H.A., 8-115 Meadows Blvd. Saskatoon, SK, Canada S7V 0E6, for work in Bihar, India - or to the charity of your choice. Online condolences and cherished memories may be shared at www.windsorchapel.com