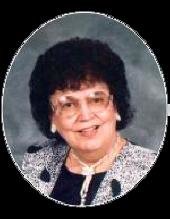 Dryan, Marie Eugene Doris (nee Godard) 85 yrs. On July 23, 2008 Beloved wife of the late Anthony (1984) Loving mother to Debbie and husband Jim Martinson of Leamington. Dear grandmother to Stephanie and Steven Martinson of Windsor. Dear sister to the late Estelle Fraser, Corina Sauve and Rita Voisine. Dear sister in law to the late Donald (1983) and Helen (2005) Marshall. Cousin to Adrienne and John Jenkins of Alberta. Resting at the WINDSOR CHAPEL FUNERAL HOME 1700 Tecumseh Rd. East on Thursday July 24, 2008 from 2-4 and 7-9 pm. Funeral Service on Friday July 25, 2008 at 10:00 am in the Chapel. Interment Heavenly Rest Cemetery. As your expression of sympathy donations may be made to the Heart and Stroke Foundation. On-line condolences and cherished memories may be shared with the family at www.windsorchapel.com
Print