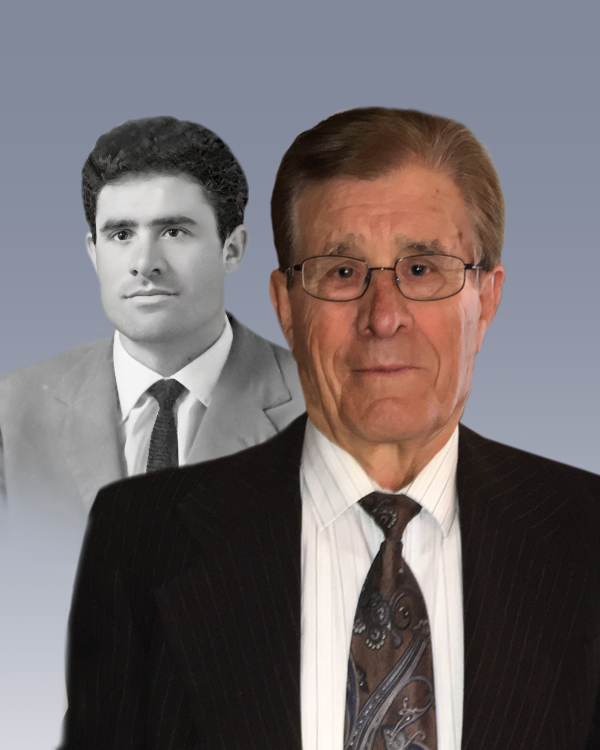 COLASANTI, Antonio November 9th, 1936- January 14th, 2023 It is with great sadness that we announce the passing of our beloved husband, father, and Nonno Antonio Colasanti. Born in Ceprano, Italy, on November 9, 1936, and called into heaven on January 14, 2023, at the age of 86. Dear husband of Maria (nee Del Greco). Loving and devoted father to Tania Gualdieri (Felice) and to the late Antonietta Silvestri (1998) and Dina Colasanti (1984). Cherished Nonno to Sabrina Silvestri, Bianca, Vanessa, Kiara, and Sara Gualdieri. Predeceased by parents, Giuseppe and Antonia Colasanti. Loving brother of Marianna DeSimone (the late Benito), the late Agostino (Antonietta), Lina Avenali (Ottavio) and Rita Mastromattei (the late Giacomo). Predeceased by in laws Loreto and Caterina Del Greco. Caring brother-in-law to Angelo Del Greco (Gloria), Gino Del Greco (Mary), and Tony Del Greco (Angela). Survived by many nieces and nephews in Canada and Italy. Antonio was a skilled and professional painter in his hometown of Ceprano and continued his craft when he immigrated to Canada in 1964. He would then work for National Painting and General Motors Plant until his retirement. For anyone who knew Antonio he had a strong passion for cycling. He played an active role in the Windsor-Essex cycling community and has made many long-time friends. He was a long-time member of the Ciociaro Club of Windsor and was involved in Ciociaro Race Series as well as East Side Riders cycling club. He loved tending to his garden which contained many home grown vegetables that his family enjoyed as well as his home-made wine, sausages and prosciuttos. He adored his five beautiful granddaughters, who were his pride and joy. Antonio will be missed dearly and forever remembered for his kindness, generosity, carefree spirit, and his sense of humour. To know him was to love him. Visitation to take place at WINDSOR CHAPEL (Banwell Chapel), 11677 Tecumseh Rd E, 519.253.7234 on Thursday January 19th from 2-5pm and 7-9pm. Prayers at 8pm. Funeral Mass to take place on Friday January 20th at 11am at Ste. Anne Parish (12233 Tecumseh Rd E). Entombment to follow at Greenlawn Memorial Gardens (1805 ON-3). In memory of Antonio donations may be made to the Heart and Stroke Foundation or the Canadian Cancer Society. Online condolences and cherished memories may be shared on www.windsorchapel.com.
Print
Thursday
19
January