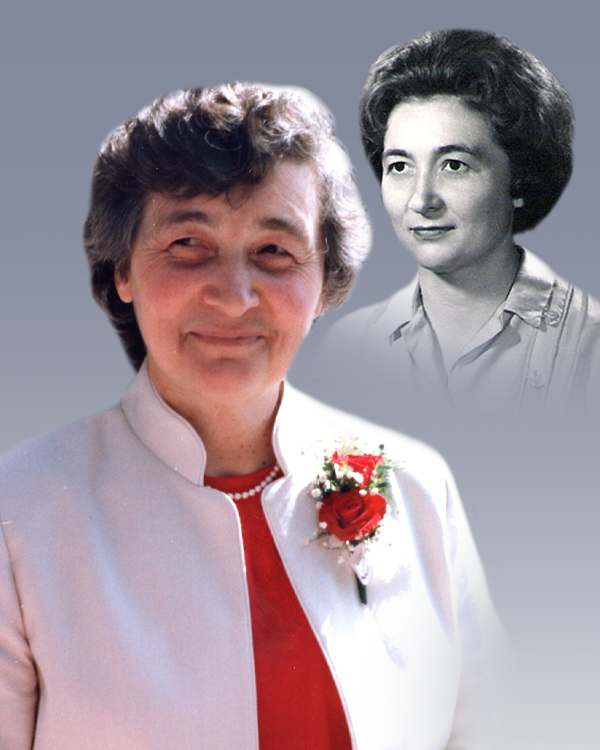 Edith passed away peacefully on January 3, 2023 in Windsor, Ontario at the age of 94.
Predeceased by her parents Josef and Wilhelmine Blumert and her husband John Brabec (2022).
She is survived by her two daughters, Barbara Brabec (Randy Brunet), and Elizabeth Brabec (Phil Weilerstein). She also leaves to mourn her four grandchildren, David Beaudette (Jen Landry), Clora Brabec-Last (Cory - 2019), Sarah Clingan (Andrew) and Nicole Brabec (James Sinclair) as well as five great-grandchildren - Jasper Beaudette, Myryn Last, Drew, Emily and Joshua Clingan. Also mourning her loss is her sister Erika Regensburger of Montana and her children Joan, Herbert and Eric.
Edith was born in Oberklee in the Czech Republic. After the war she worked briefly in Germany and then made her way to Canada where she married John and began their family. She worked in Montreal for several years and then moved to Maxville, Ontario where she and John became well-known sheep farmers. She enjoyed gardening and selling the garden produce and flowers at the local farmer’s market. Sewing and knitting was something she enjoyed as well as cooking meals for family gatherings.
In 2000 they moved to Windsor to be closer to family. They enjoyed travelling in retirement and researching the family tree. There was no greater joy for Edith and John than to be sharing a meal, surrounded by the entire family.

A special thank you to the staff at Season’s Royal Oak Village and Huron Lodge for all the care that was provided to her.
She will be greatly missed as a wife, mother, grandmother and great-grandmother.

Visiting at the WINDSOR CHAPEL (Banwell Chapel) 11677 Tecumseh Rd on Friday January 6, 2023 from 2 to 5pm. Funeral services on Saturday January 7, 2023 at 10:30am in the chapel. Cremation to follow. If you desire, donations to The Heart and Stroke Foundation or to The Windsor Women Working with Immigrant Women. Online condolences and cherished memories maybe shared with the family at www.windsorchapel.com