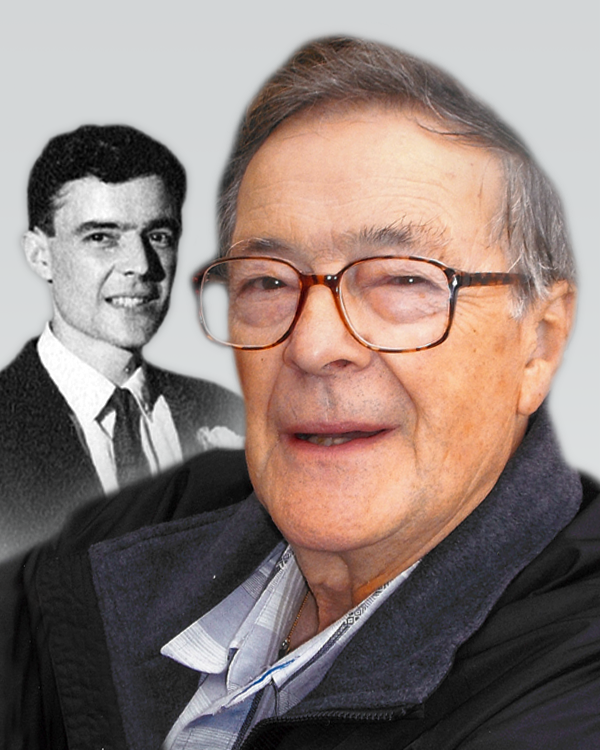 Passed away peacefully into the loving arms of God with his children by his side. Loving husband of Carmella (nee Montello) (2012). Son of the late Giuseppe and Vittoria (Perin) and son-in-law of the late Anthony and Anna Montello (Frank). Cherished father of Robert Louis Brieda of Murrieta, California and Sherilyne Marie and her husband Paul Boots. Adored Grampa Gigi to Melissa (Denny) Purdie of Rogers, Minnesota, Ryan Louis (Kathryn) Brieda of Murrieta, California, Paul Louis (Morgan) Boots, and Jacklyn Anne Boots. Loved Papa Gigi of Addison Claire, Emma Carmella, Austin James, Owen Daniel, and Francesca Reese. Survived by his sister-in-law Anna Maria (nee Gentili) (Francesco 2020) whose traditional cooking brought a smile to his face. Predeceased by his siblings Rosa and husband Federico Del Zotto, Maria and husband Ennio Netto and Dominico “Nico” and Francesco. Dear brother-in-law of Frank Montello (Norma 1999), Marguerite and Glen Smit, Don Kavanaugh (Marilyn (2014), Anne Montello (2010). Survived by numerous loving nieces, nephews, cousins, and a lifetime of close friends in Canada, United States and Italy. Louie was born in Vistorta di Sacile, Pordenone, Italy and grew up with extended family which solidified his love of family which he carried with him when he immigrated to Canada in 1950. He was welcomed to Windsor, Ontario by his Zio Angelo and Zia Florinda Perin and quickly taken care of by caring family and friends in his new hometown. In addition to his carpentry skills that he acquired in Italy, he continued his education at W. D. Lowe and Western Ontario Institute of Technology (St. Clair College) where he mastered many new skills. Louie brought with him such a strong work ethic and worked several jobs before starting a 35 year career at Windsor Tool and Die and Banner Metal. Louie and Ella found the location of their future home in Riverside and with loving help, designed and built a family home. His strong faith continued as a longtime member of Our Lady of Guadalupe Parish. Louie was also a proud member of the Fogolar Furlan Club, the Caboto Club and the Knights of Columbus. He was such a caring man. He volunteered and helped whenever he saw a need. Louie enjoyed spending time with family, friends and neighbours, building and repairing pretty much everything, watching hockey, making wine and of course took many trips to spend time with his loved ones. The family would like to thank the many healthcare providers at Lifetimes on Riverside, LHIN and Bayshore for their loving care of Louie in his last few years. Also so grateful to the ER staff and Dr. Kennette and 5th floor palliative staff at Windsor Regional Hospital Met Campus for their care and compassion.

Visitation will be held at WINDSOR CHAPEL (Central Chapel) 1700 Tecumseh Rd. E., 519-253-7234 on Friday, December 2, 2022 from 6-9pm. A Funeral Mass will be held on Saturday, December 3, 2022 at 10am at Our Lady of Guadalupe (834 Raymo Rd.) Cremation to follow. In lieu of flowers, memorial donations may be made to The Alzheimer's Society or Windsor Regional Hospital - Palliative Care. Condolences and cherished memories may be shared with the family at www.windsorchapel.com