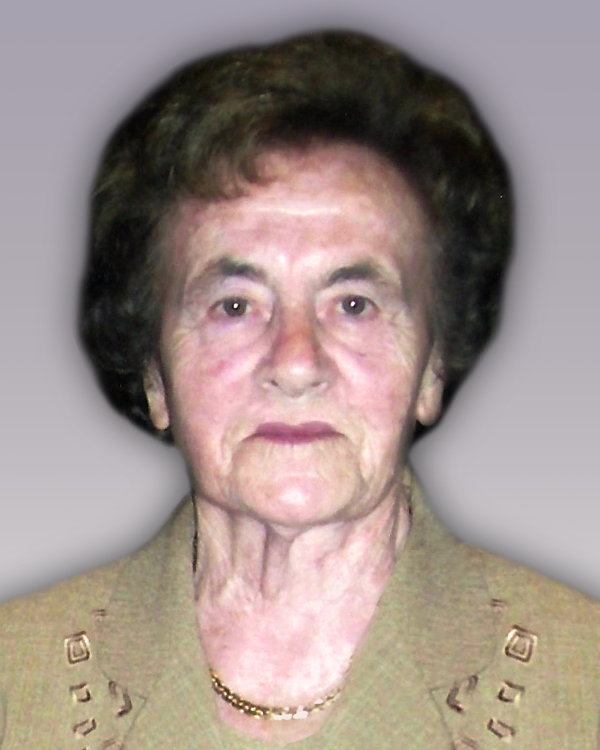 It is with great sadness that we announce the passing of Giuseppina (Pina) Paron. She was surrounded by her family and peacefully joined her husband Bruno (2005) at the age of 95. She will be remembered by her daughters Oriana Riggi (Late Pietro) and Lucia Drury (Mark). Cherished nonna to Frank Riggi (Becca), Rachael Henderson (Eric), Erica Vrablik (Tim), Pamela Drury (Dick Patenaude), Christina Peacock (Fergus) and bisnonna of Oliver, Elden and Emelia Henderson, Henry and Ivy Vrablik, and Pietro Riggi. Her grandchildren were her life and she helped them all in any way she could and her face lit up in their presence. She leaves behind many nieces and nephews all in Italy and Australia. She also leaves behind her sister-in-law Livia Paron. Special thanks to her devoted godson Randy Vido and family, and brother Anthony Vido and family. Thank you for your love and devotion to the end. She looked forward to your visits and phone calls. We will never forget you.

Visitation will be held at WINDSOR CHAPEL (Central Chapel), 1700 Tecumseh Rd E, 519.253.7234, on Sunday October 16, 2022 from 2-4pm and 7-9pm. Funeral mass to take place on Monday, October 17, 2022 at 11am, at St. Angela Merici Church (980 Louis Ave). Entombment to follow at St. Alphonsus Cemetery.In lieu of flowers, Memorial Donations may be made to a Charity of Choice. Online condolences and cherished memories may be shared at www.windsorchapel.com.