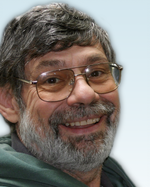 On August 19th, 2022, Herman Joseph Bruckman passed away peacefully at home. He was surrounded by his immediate family and buoyed by messages and prayers from family and good friends from all stages of his life. Herman was born March 16th, 1942 in Timmins, Ontario and attended elementary and high school there.  From early on, he had a “joie de vivre” that was second to none. In his early years he was a prankster and the very incarnation of Denis the Menace. Herman graduated from U of T - or more accurately, U of T survived - until Herman graduated with a B.Sc. in 1965 and M.Sc. in 1967. In those years Herman refined his tastes from explosive pranks and legendary parties to a man that lived by the scientific method and found the love of a lifetime with his wife of 56 years, Patricia Bruckman (nee Mahoney). Together they shared a lasting love of travel. Shortly after graduation, Herman became a high school teacher and later joined the founding staff of Sandwich Secondary School as the inaugural head of the Science Department in the year 1970. He loved teaching chemistry and physics and his students often commented on his ability to make difficult concepts in chemistry and physics clear and exciting. Herman was granted his M.Ed. in 1977 from the U of Windsor.  In 1988, together with Al Cruickshanks, a teaching colleague, he co-authored a widely used chemistry textbook “Understanding Chemistry.”  His inspiring teaching was recognized with the Prime Minister’s award for teaching excellence in 1994, and he helped to develop new teachers as an instructor at University of Windsor’s Education department. Herman was one of the kindest, most loving human beings ever. He opened his heart and his home to colleagues, friends, students, family members and strangers - anyone who wanted to share a meal, a drink, a conversation, or just needed shelter from some storm in their lives. Around the dining room table of the house that he literally built with the help of his family, he held incredibly engaging conversations that left lasting impressions on the frequent guest as well as the occasional visitor. He is predeceased by his parents, Herman Sr. and Georgina (nee Beck) Bruckman and his sister Grace Daypuk. His memory will always be cherished by wife Patricia, sister Carolyn James, children Andromeda (John) Sulja and Orion (Amy) Bruckman, his five grandchildren Jaromir & Jasminka Sulja and Takoda, Atlas, and Hudson Bruckman. Memorial visitation will be held at Windsor Chapel (Banwell Chapel) 11677 Tecumseh Road E, 519-253-7234 on Saturday, September 17, 2022 from 11:00 am until the time of Memorial Service in the chapel at 1:00 p.m. If you desire, donations to the Myasthenia Gravis Society of Windsor (https://mgcanada.org),  The Windsor Cancer Centre Foundation or a charity of your choice would be greatly appreciated. Online condolences and cherished memories may be shared with the family at www.windsorchapel.com

To watch the livestream of Herman's Memorial Service on Saturday, September 17, 2022 at 11:00 a.m. please click the link below: