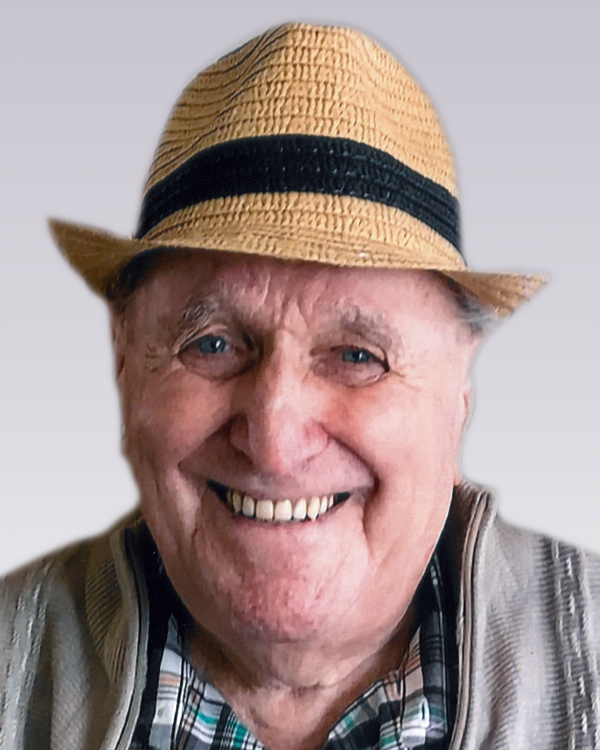 It is with great sadness that we announce the passing of Angelo on Wednesday April 20th at the proud age of 93. Loved and adored husband for 65 years to his "Pinutti" (Giuseppina) and cherished father of Nancy Fahringer and Theresa (Rob) Nunn. Most loved and sweetest Nonno of Cassidy and Brandon. Son of the late Osvaldo and Elisabetta Belluzzo and son in law of the late Sante and Genoveffa Gobbo.

Angelo will be missed by his brothers, sisters and in-laws, the late Natalina and Natale Sartor, late Antonio and surviving wife Angelina Belluzzo, Stella and late husband Leo Marson, the late Alfonso and surviving wife Rita Belluzzo, the late Gina and Bruno Martin, Silvano and late wife Graziella Belluzzo, late baby sister Bernardetta, Gino and Danila Gobbo, late Antonia and Corrado DelBelBeluz, Pierina and late husband Pierro Nascimben, late Aldo and surviving wife Luigina Gobbo. Also survived by many nieces and nephews too numerous to mention. Angelo was a respected cement finisher, worked hard his entire life, retired in 1994 and was fortunate to enjoy many years doing the things he loved - tending his garden, making salami and wine, but most of all spending time with family, his beloved grandchildren Cass and Bran whom he adored and his pet granddaughter Zoey, whose favourite place was Nonno's lap. Angelo was also an avid hunter and trapshooter and loved his Sundays spent with friends at Harrow Gun Club. Arrangements entrusted to WINDSOR CHAPEL (Central Chapel) 1700 Tecumseh Rd. E, 519-253-7234. A private family service is planned, with a celebration of life to follow at a later date. In lieu of flowers, a donation to the charity of your choice would be appreciated by the family. Online condolences and cherished memories may be shared with the family at www.windsorchapel.com