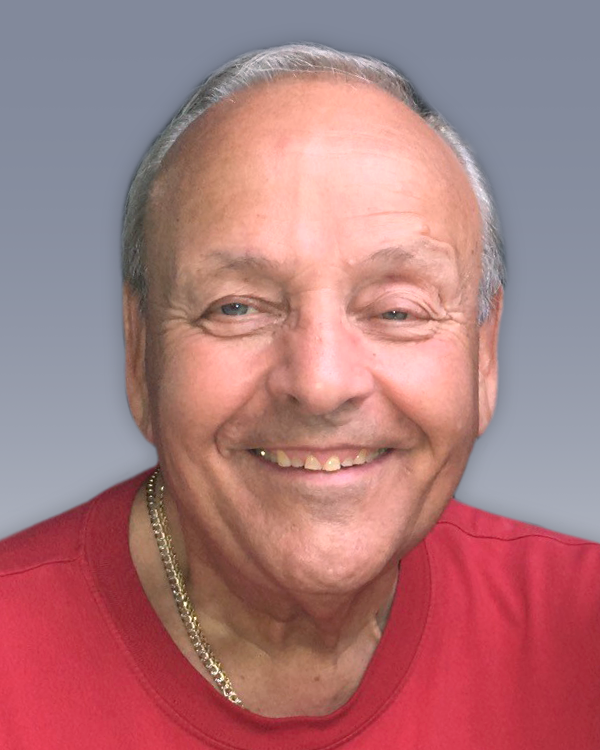 William John Oneschuk was a courageous warrior, who fought relentlessly…

William (Bill) passed away peacefully at his home, with his loving family by his side, on Sunday, March 27, 2022. He was 75 years old. God was with Bill throughout his journey, blessing him day by day, and creating little miracles along the way.

Bill was born on July 23, 1946, and grew up on the West side of Windsor. He attended Assumption and Brennan High Schools, where he played football and basketball. He met his wife Judy on a ‘blind date’ in 1965 and later married her on May 25, 1968. They raised four wonderful children on Woodlawn Ave., where Bill took pride in his yard work and made countless ice rinks. Twenty-seven years later, the family moved into a newly built home in South Windsor. During all this time, Bill worked as a supervisor for 35 years at Chrysler Canada. He earned the President’s Award in 1995 and organized the company's Sales golf tournaments, baseball games and food drives. He cherished family vacations at the Cloutier’s ‘fishing lodge’ (enduring eight-hour drives with his - 'loved ones'), and travelled down to Florida, to chill-out in ‘Matteau Springs’. Bill eventually retired in February of 2001. In his retirement, he persistently searched for physicians who could effectively treat his wife’s diagnosis of Lyme disease (with gratitude: Dr. Birkmeier-Fredal of Rochester Hills, MI. and Dr. Kelly Upcott of Windsor).

In his early years, Bill enjoyed playing Baseball. He was a softball pitcher and heavy hitter, earning MVP and league championship trophies. He loved to fish and once caught a trophy-sized pickerel, weighing in at 14 lbs! Another favourite sport of Bill’s was golfing. He won many tournament-contests for having the longest drive and even scored a double-eagle (an albatross) on a par five hole; a golfing feat he was very proud of.

Bill was a man of great faith, a leader, who set an example for others. He and his wife gave generously to fundraisers and charities. He organized food drives and clothing donations for the St. Vincent de Paul Society. At a moment’s notice, Bill would quickly make himself available to help others and continue to do so until the job was done (‘you felt protected and cared for when Bill was by your side’). Another one of Bill’s gifts was cooking. He loved barbequing and everyone craved his infamous ribs, chicken, and steak; with a side of potato-and-onions. While others stayed out of ‘his’ kitchen, Bill perfected Sunday brunch, holiday meals, and his family’s favourite dishes Haluški and Potato Bread. His wife, family, and friends were the greatest part of his life.

Words can never begin to express our eternal gratitude for the outstanding and compassionate care that our husband/father received from the following medical professionals:

Dad’s primary care team, the brilliant Dr. Hamm and extremely supportive nurse Debra; WRH-Metropolitan Campus’ phenomenal 4th floor Oncology nurses ‘angels sent from heaven’ and tremendous nurse practitioners; the Chemotherapy Suite nurses and clerks who provided exceptional care and made dad very comfortable during his treatments; the very caring Dr. Schneider and his staff in the Radiation Department; the extraordinary Dr. Deklaj and his staff; the committed and dedicated Dr. Saad and his efficient nurse practitioners, Samantha and Jamie; the excellent Dr. Kidd and his wife, along with Dr. Abouhassan and his administrative assistant Heather; the incredibly-sensational Dr. Malette and her administrative assistant Noelle; the remarkable team at The Karmanos Cancer Institue, who miraculously gave us more time with Bill through their innovative treatments, in particularly Dr. Ayash and nurse Anita, Dr. Deol, the 10th Floor Webber North & ICU nurses & nurse practicioners, who wholeheartedly cared for Bill like he was family, and Fr. Luke Krotkiewicz who Blessed & visited Bill daily & supported him even after his discharge!  The marvelous Bayshore nurses, Brandon, Gina, and Carol; the recent fantastic care received by Dad’s Hospice Team, Dr. Bergeron, nurses Maria, Julie, and Alyssa, and on-call doctors; and the staff at Crown Medical Transportation. We would also like to thank Mr. Haihong Yang, our dear neighbour, for his tireless efforts with snow removal and yard maintenance. And finally, we would like to acknowledge our father’s family physician, the devoted Dr. Lisa Jansen, who was so instrumental in his care. He was very fortunate and blessed to have such a conscientious doctor and nurturing human being. God bless all of you! The Oneschuk Family.

Visitation will take place at WINDSOR CHAPEL (South) 519-253-7234, 3048 Dougall Ave, on Friday, April 1, 2022, from 2-5 pm and 7-9 pm. Parish prayers at 4:30 pm. Funeral Mass on Saturday, April 2, 2022, at 10:15 am from the funeral home then to Our Lady of Guadalupe Church (834 Raymo Rd.) for Mass at 11 am.  During the Mass, interpreting services will be provided for the deaf community.  Interment to follow at Heavenly Rest Cemetery. The family is requesting that masks please be worn during the visitation and service and physical distancing requested. When Dad was in the hospital, the T2B “Comfort Cart” provided much more than comfort to Bill and his family! At Bill's request, in lieu of flowers, please consider making a charitable donation to Transition to Betterness (T2B) in his memory, and, to follow in Bill’s footsteps, donations to St. Vincent de Paul are welcomed and appreciated by the family. Bill received an immeasurable amount of blood and platelet transfusions. In Bill’s honour, please take an hour of your time to help others live too! “Give Where You Live” at the Canadian Blood Services, Windsor, Grand Marais Rd. E. Online condolences and cherished memories may be shared with the family at www.windsorchapel.com