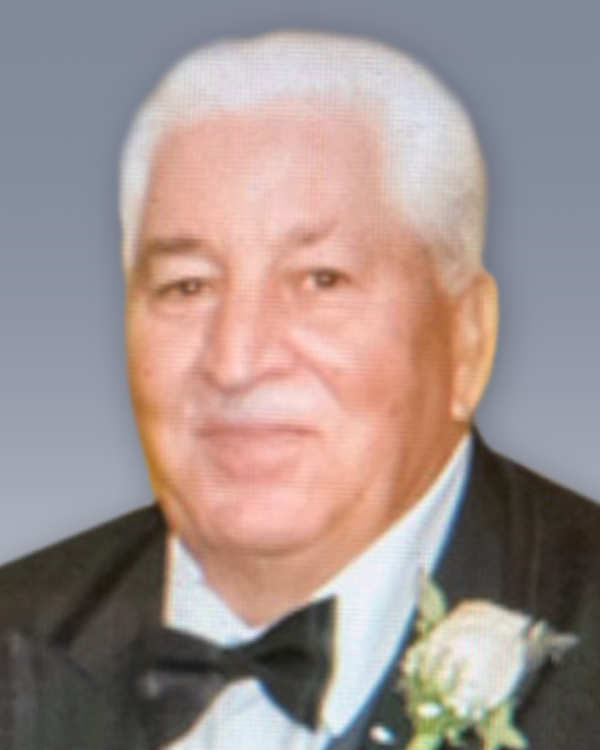 Longtime and well known, Windsor restaurateur of Franco’s Restaurant, passed from this world into eternity, peacefully and fortified with the sacraments on January 19, 2022.

Tony was the first-born of the late Angela Tedesco (nee Spadafora) and the late Giuseppe Tedesco, in San Giovanni in Fiore, Italy, on February 23, 1939. He emigrated to the United States in 1953, and then to Windsor, Ontario Canada from 1975 to 2001. He retired to Grayling, Michigan before returning to the metro Detroit area in 2021.

Tony married the love of his life Rosemarie (nee Servitto) on July 21, 1962, this union was blessed with three children, Angela, wife of Samuel Kustra, Dana, wife of Paul Durocher, and Giuseppe “Joe” Tedesco. Tony was blessed with two grandchildren Steven Kustra and his wife Dana, and Grace Murphy (nee Kustra) and her husband Curtis; and nine great-grandchildren with one on the way, Samuel, Maria, Elena, Michael, Joseph, John Anthony, Baby Kustra, and Charlotte, Evelyn, and Audrey Rose Murphy.

After God and family, stories were a central part of Tony’s life. He could delight us with memories of his early years in Italy working in the vineyards, Easter picnics, and walking with his Nonna, a midwife, to the houses of delivering mothers. Then the story of his arrival from Italy to Ellis Island in the 1950s while still in his teens, starting work, and saving enough money to help bring his family to North America. Then he got married and started a family that he worked hard to support; first, as a bricklayer, running Farmer Tony’s grocery store, dairy farmer with Tedesco Bros. Holsteins, and then the role he’s best known for, the front-of-house icon of the family’s Italian restaurant-Franco’s. Once retired, he became a proud member of the Knights of Columbus, volunteered his time at the local nursing home, and delivered meals on wheels.

Maybe it’s his storied history that sparked his affinity for learning everything about his surroundings. He arrived in America knowing one English phrase, “Phone, please,” to reading three or more English newspapers a day. The newspapers, including his love of the local paper, fed his appetite and interest in people, his community, and the world around him. He could discuss a wide variety of topics with ease. Famous among us for his fire building and BBQing skills, gardening, and, if you ever visited him, his impeccable and enviable lawn. He may have been the only man with a lawn sprinkler system in the middle of the mid-Michigan woods.

Beyond, and nearly always before sharing his memories and experiences, he took great delight in asking about and learning the stories of the people he encountered. Surgeons, bank tellers, salespeople, police officers, teachers, politicians, grandmothers, bikers and even teenagers, and everyone in between, who met Tony’s sincere interest in them, would quickly turn from stranger to lifelong friend.

As his family, and clearly conveyed by the messages and posts from family and friends, Tony will be best known for being a hard worker who was charming, kind, generous, and faithful. We’ll miss you, Hun, Dad, Papa, Fra, Toto, Cousin, Tony, Mr. T; We were blessed to have you in our lives!

A lifelong devotee to the Blessed Mother, St. Anthony, and St. Joseph, Tony has attended St. Joseph Shrine in Detroit since his move to the Detroit area, where a requiem mass for the repose of his soul will be held on Monday, January 24, 2022, at 12 p.m., 1828 Jay St, Detroit, MI 48207.

A second visitation will be held on Monday January 24, 2022, from 5:00 PM to 9:00 PM at Windsor Chapel Funeral Home (Central Chapel) (see the   for COVID Restrictions) 1700 Tecumseh Rd. E., Windsor, Ontario N8W 1C7, Canada. Reservations and masks are required to attend visitation. Please call the funeral home between the hours of 8:30am and 4:00pm. A private prayer service followed by interment to follow on Tuesday January 25, 2022, at Heavenly Rest Cemetery, 5005 Howard Ave, Windsor, ON N9H 1Z5, Canada.

In lieu of flowers donations may be made to Tony’s cherished cause (a bricklayer’s cause)-St. Joseph Shrine’s building Renewal Campaign (www.historicrenewal.com).