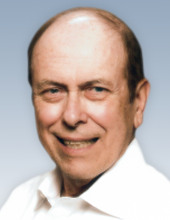 It is with sadness that we announce the passing of Richard-Henri Cousineau on April 08, 2021 at the age of 80 years. Richard was a true French Canadian; he was employed by the Windsor-Essex Catholic District School Board as a French Elementary School teacher for 35 years until retirement. Richard was also a member of the Chevalier de Colombe Conseil St Jérôme.

Predeceased by his parents Henry (1999) and Marguerite (1977, nee Lauzon), and by his brother Maurice (2019). He will be missed by his sister Georgette Woods (Art), his brother Robert (Margaret) and his many nieces, nephews and their children.

A private graveside service will be held at Heavenly Rest Cemetery.

If desired, donations may be made to the Heart and Stroke Foundation or to the Kidney Foundation in Richard’s memory.