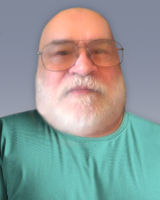 It is with aching hearts that we announce the passing of Robert "Bob" George Anthony Couch, 67, of Windsor, ON, Canada.

Bob passed away peacefully on June 08, 2022 after his months long battle with cancer. His body ultimately succumbed to his illness, though his spirit and mind remained strong.

Robert is reunited with his beloved parents, John and Alba Couch, and brother Donald Couch.

Bob was a tough man with a big heart, gone too soon. Our hearts are aching for the loss of Robert. He will live on forever in our hearts and memories. If you so wish, on Robert's behalf, donations can be made to Canadian Cancer Society.